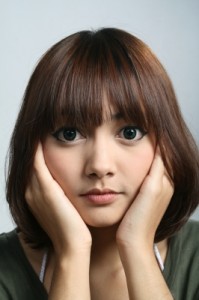 After examining the ear with an otoscope, the next step is to test how the middle ear is functioning. For more information about examining the outer ear see the previous blog post.

As long as the ear canal is clear enough we’ll test your eardrum and ossicles (middle ear bones.) This is achieved by sealing the ear canal with a soft plastic plug, playing a sound in the ear, applying and removing pressure from the eardrum and measuring how much sound is going into the ear and how much is bouncing back into the plug. Not to sweat though, the amount of pressure is less than what is typically felt by riding in an elevator; we are talking small amounts.

While we are on the subject of pressure in the ear, let me digress about candling. This procedure places a lighted candle in the ear canal. It is claimed to remove wax from the resulting slight amount of negative pressure. Our routine test of the middle ear causes more negative pressure in the ear than candling and I can assure you that in all the years of doing this test we have never removed any wax from anyone’s ears. Candling is not only ineffective it can be downright dangerous. Take a look at Wikipedia’s blurb on the subject. Or better yet read what Health Canada says. (You can google: Health Canada Ear Candling.)

Now back to middle ear analysis. This measurement tells us the volume of your ear canal, how well your eardrum is moving and can give clues if there are issues with the eardrum, ear bones or middle ear space in general. Another test typically done at this time is looking at reflexes of the middle ear, which is done by playing fairly loud beeps into the ear and measuring the response of the eardrum. Loud sounds will typically make the eardrum go stiff due to a middle ear muscle reflex. This may sound scary but it really isn’t. Even very young children are OK with this test. This test is important because it gives us information about the overall health of your ears.

Next we will ask you to sit in our sound room. This room is not really a sound proof booth. In order to be sound proof the walls would need to be a few feet thick and I do not think our poor old house’s floors would be able to hold it. Sound proof booths are typically located at universities where they conduct scientific research. Our booths are designed to be very quiet (every home with young children really should have one!)

In the booth, you will be given a clicker and asked to push the button every time you hear a tone. The tone sounds like a beep. We present medium and quiet tones with different pitches. We recently had a very elderly patient who reported “I wouldn’t bother with that one” after every quiet tone. No really, we DO want you to press the button even for the very quiet ones!

We are interested in the different pitches or frequencies that make up speech sounds. We plot the quietest sounds that you can hear on a graph called the audiogram. 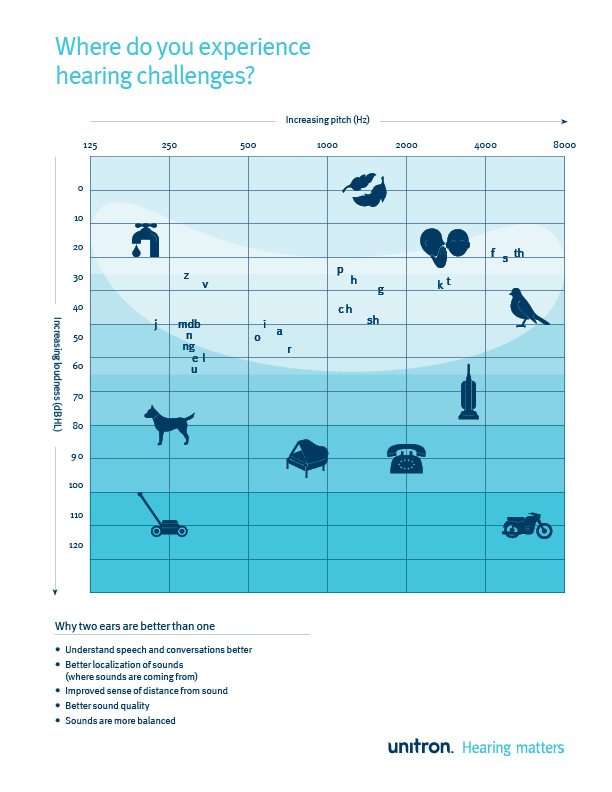 If a person hears at 60dB across the graph they will hear dogs barking and a few vowel sounds but will not hear birds chirping or most speech sounds. Hearing aids are extremely useful for this amount of hearing loss.

Next time we will discuss the importance of speech testing.

previousSo You Need a Hearing Test....